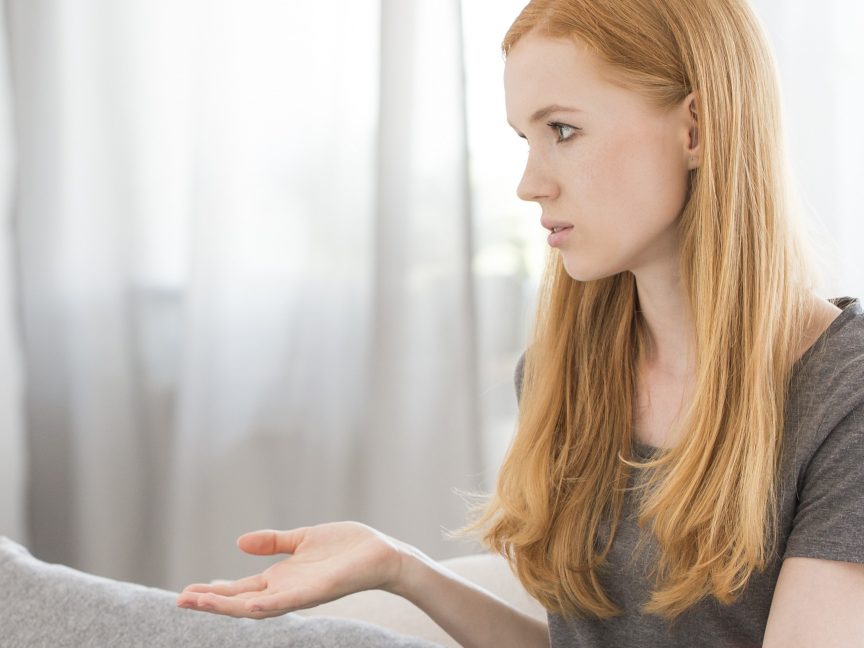 Do you know how to help someone debrief well? Last season the netball team I coached had an extremely unpleasant game. Despite winning – or perhaps because of it – the girls were subjected to physical, mental and verbal intimidation as they competed. The opposition spectators, as well as the team itself, heckled and insulted both players and umpires.

Welcome to life, you say? Well, yes – but no. As a coach I like to help people do well. And seriously, this game was helping no one! After one especially distressing incident, every girl down the end of the court that it happened all but stopped playing, they were so badly affected by it.

I did what I could immediately – a big hug for the player most affected (still sobbing from the shock), a kind word to the young umpire who’d done her best, some positive words generally. (At least, I think they were! I was somewhat shaken too.) In the subsequent days I followed team members up individually, and the next practice session we chatted about it together. But it occurred to me that knowing how to help someone debrief – and thus support them – was a skill we should all have under our belts.

How can you help others?

Upon getting home, I sent the issue straight up line. Then I created the following question set, to help in instances we want someone to exit a negative experience healthily. These questions are for after they’ve got beyond reacting to what happened, and will help move them to responding well instead. (I work on the theory it’s incredibly hard to control our reactions in the moment, but our responses are what has the longest term impact.)

Use these questions anytime someone you care about’s been shaken up. Or someone could ask them of you. I’ll explain my rationale after I list them  all:

Debrief questions for people who’ve had a bad experience

Tell me what happened/so what’s your story?
How did that make you feel?
What did you do?
Did that help you? Did that help the situation?
What conclusions are you tempted to draw from the experience?
If you could edit your part, how might you write the story differently next time?

And here’s why I’d put them in:

Tell me what happened/so what’s your story? This invites your person to re-live their experience, whilst at the same time giving you insight into what most sticks in their minds. (Even if you saw the incident, it’s not the same as living it!) Telling stories builds connection, so it links them to you and creates a safe space for them to open up about their bad experience. Using the words “so what’s your story?” also indicates there’s probably another version of what happened hanging around as well.

How did that make you feel? All stories contain both facts and feelings. It’s important to help people discuss both sides of what happened.

What did you do? This balances the previous ‘feeling’ question out. (Please note, some people are likely to be strong on one, some on the other.) It also subtly refutes the concept that your person was completely passive in the situation. People who think they’re passive turn themselves into victims. We don’t want that. Even if they did nothing, that’s still a response, a decision they made. Reminding people of their choice gives them their power back, even if their choices weren’t good.

Did that help you? Did that help the situation? Now we’re inviting people to reflect on outcomes. Be sure to ask both these questions. Sometimes we need to focus on ourselves, but much learning can also happen when we think about how we shaped the total story and final result.

What conclusions are you tempted to draw from the experience? Ok, here’s where it gets interesting.

In my opinion, our biggest risk with events we don’t like isn’t the situation itself but the meaning we make from it. Part of us focuses on facts, but another side of ourselves interprets those facts and draws conclusions from them. “I’m a failure,” “This is a disaster,” “This is too hard,” are examples of such conclusions. Only, we’re not very conscious of making these ‘interpretations about life’ from each event we live through.”I don’t like netball,” and “I won’t play them again,” were both conclusions I didn’t want my team to unwittingly make because of that incident.

If you can help your person find and name the ‘therefore …’ and ‘so what’s’ they’re tempted to make from their negative experience, you can invite them to evaluate whether they’re helpful and appropriate. Whilst they’re still emotionally involved, you can be the rational voice reminding them there may be (are) better alternate conclusions to make. This is critical, because those conclusions become our attitudes. And our attitudes become sub-conscious and then shape our future behaviours. Cutting unhealthy ones off at the pass is a gift you can offer this person.

And then inviting them to move on…

If you could edit your part, how might you change/write/reenact the story differently next time? The teacher in me wants to help everyone improve their lives ongoingly. This question helps you invite the person you care about to do that too. Answering this question now will help them do and cope better next time – should there be a next time! It’ll also make them more skilled at dealing with problems generally. Good on you for your long-sightedness in adding this question into your debrief.

Many people will want to go to “I just wish this had never happened!” but, unfortunately, it has. And thinking the others in the incident should act differently (whilst nice) won’t help things either. The only person within the story we ever have control over is ourselves, so encourage your person to think about their words and their actions, rather than anyone else’s.

Finish with some affirmation of the person and an expression of your confidence in them and their ability to get through life’s challenges. Confrontations leave some of us feeling raw and a tad frightened!

In case you want to know the end of my netball story, our club spoken with the association, who spoke with the other team… and we didn’t play them again. But that’s not really the point. What I wanted you to believe is this debrief skill can be used with your kids after a bad day, to help your friend after a breakup, or with a subordinate after a work disaster – there’s really no limit. Why not print out the questions and have them handy for next time you want to help someone recover well from a bad experience? Or screenshot them onto your phone. It probably won’t be too long before you need them.

Get to it and help someone out. Have a good week.