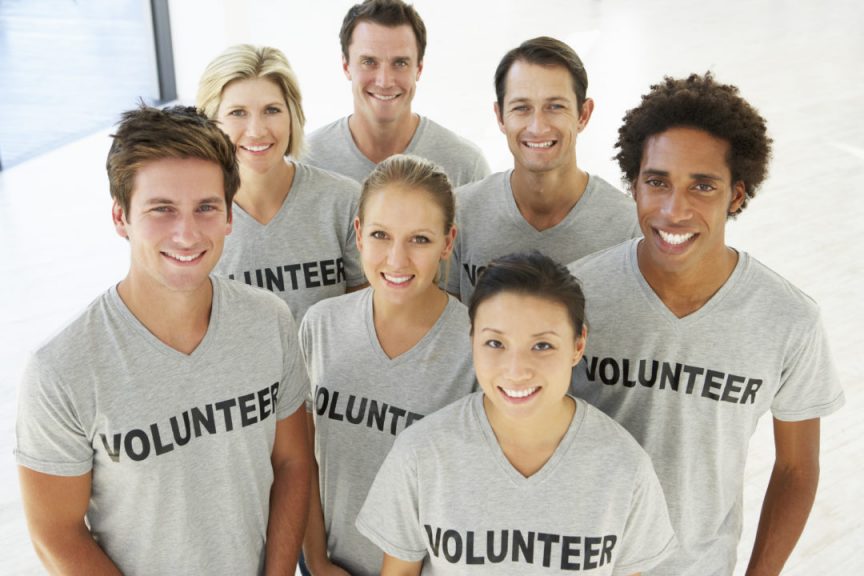 I’ve just spent the past week as a volunteer in Alice Springs and the Northern Territory. I went because I was invited to, but also because I’m committed to improving other people’s lives whenever given the chance.

Do you volunteer your help in any way? If so, we want to celebrate you. May 21-27 is National Volunteers week in Australia – a week we recognise the contributions nearly 6 million of us make every year to the betterment of our world.

They estimate we volunteer nearly a billion hours per year. Women between 35-44 and men between 45-54 have the highest rates of volunteering, and of those who volunteer, 87.4% also engage in charitable donation. I expected older people would feature more in the numbers and was surprised by the ages. Good on the busy people who’re choosing to make time to help others!

Volunteering activities give clear benefits to the community, with formal volunteering contributing an estimated 743 million hours to the Australian economy in 2014. Volunteering also yields a 450% return for every dollar invested, according to research. Nationally, this is an estimated annual contribution of $290 billion. That’s a lot of value!

Why would you volunteer?

We volunteer for all sorts of reasons. A young professional I met on jury duty told me she was there to share the corporate responsibility. A recently retired friend volunteers because he’s bored.

Volunteering allows us to give something back to the community. For example, I coach a local netball team. I do it despite the fact my daughter’s chosen not to play any longer, and I don’t either! But for the dozen plus years I did play (way back when), somebody coached me weekly and others umpired our games. Sometimes people drove me around when my parents couldn’t. I’ve been on the receiving side of volunteering, and now I’d like to be on the giving end.

Give a little. Change a lot

The National Volunteer theme this year is ‘Give a little, change a lot.’ Many people who volunteer do so because of their personal belief in the worthiness of the cause. Some are driven to make a difference and this is one way they can do that.

In the time I was away, I met people who work at a domestic violence shelter because they’re survivors of domestic violence. People visit indigenous communities weekly because they’re appalled at the situations they see in those places and think things should be better. Others work in places like Mimi’s House -an intervention centre for at risk children because they want to help bring change in the worlds of those families. And they do.

Statistically, 93% of people see positive changes as a result of their volunteering efforts. Which is excellent motivation to keep going.

While away I went into a couple of schools, a women’s shelter and other places, to watch, learn and give what I could. I’ve come away with plenty to think about.  Plus some new friendships and an appreciation for how good my own life is. Being a volunteer pays you pack in all kinds of unexpected ways.

You see, alongside the giving out, being a volunteer can also contribute to your own wellbeing:

If you’re interested in lending a hand to someone but unsure where to start , Go Volunteer is a website devoted to linking willing helpers with suitable opportunities. If you can’t think of a place to volunteer within your own community, they’ll be able to help you.