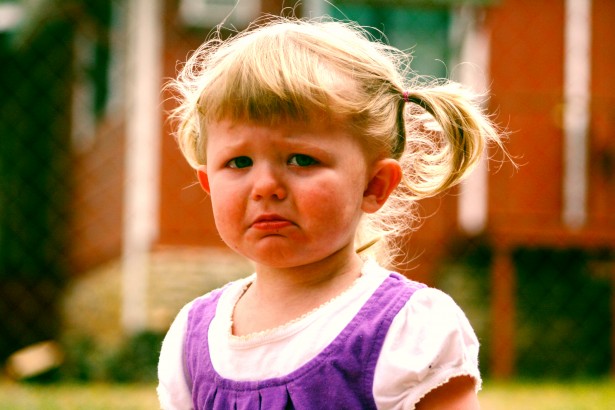 Do you know the next line to that old song? “Think I’ll go and eat worms…” Ugh! Until it’s the latest trend in gourmet cooking circles, swallowing the common garden variety has zero appeal to me. In the same way that miserable people have little appeal to anyone!

I recalled the ditty after witnessing a teary little girl meltdown. You know the type; a highly charged kid’s had a clash with a playmate and now the world’s about to end. “She was difficult and mean” becomes the sad wail “I’ve got no friends!!!” And it went on and on…

Luckily it wasn’t my kid, so whilst the parents were doing the emotional mop up, I found myself humming words my Dad used to sing when he thought we were being melodramatic. And wondering why so many of us are prone to turning everything into a catastrophe.

We do have what’s called a negativity bias. We pay far more attention to the bad in our lives than the good. But Martin Seligman, credited with the start of the positive psychology movement, says that some of us interpret things in ways which make that worse.

How to frame things differently

Here are the three grids we’ve got to train ourselves out of if we don’t want to find ourselves (or our children) sitting in mud eyeballing wriggling creatures.

When hit with an occurrence not of our choosing, one tendency we might have is to assume the catastrophe will have never-ending negative consequences. Think of “I’m ruined for life,” or “Nobody will ever talk to me again” type sentiment.

Whilst we laugh at the silliness of those conclusions  from the outside of the experience, when you’re inside an event it can be overwhelming and miserable. We have to push our bad feelings aside long enough to challenge the conclusions we’re tempted to make. Is that really true? Asking that question will tamp down the doomsday approach into something more manageable.

How often do you face a setback and decide that life’s over? Do you have this tendency to be negative? Has your life been totally terrible so far? Maybe it’s time for a change of thinking…

A second mistake we can fall into’s deciding that something bad in one part of your life’s going to affect everything. And it can – if you let it. But having a clash with the boss doesn’t necessarily mean you’ll have a run in with your teen that evening, any more than it guarantees there’ll be traffic bullies on the way home. Of course, once you’ve noticed the negative you’re primed to see more of it, but rejecting that negative mental flow is only your choice away…

Breaking up with a partner doesn’t have to mean losing your friends. A health crisis may not mean you have to stop working. Failing at something or being rejected by others may ultimately lead to greater success. It’s all about how you frame it. And what you decide to do about things once you go home.

This is the biggest challenge for me to get over, and I’m not alone. When something I don’t like happens, I tend to take it really personally. That person was trying to hurt me when they argued against my good idea. If I didn’t get an A I must be an idiot. The company was out to rip me off when they deliberately neglected to tell me something important. Those friends knew I was waiting to speak to them and they chose to ignore me.

Me me me. We operate unthinkingly from such an ego-centric perspective that we attribute personal hurt in circumstances we weren’t at the centre of. The other driver really wasn’t trying to hurt you – in fact they weren’t thinking about you at all. They just wanted to get home faster. Your friends were having a good time themselves and simply weren’t aware of how you were feeling. And the company was just being lazy. When we learn to take ourselves out of the centre of the universe, there’s suddenly a whole lot less to be upset or offended by.

So, how to avoid the negative?

Having an awareness of the above three traps is a very good start. Perhaps you can pay attention to the statements being made in your head which indicate negative attitudes too. As you catch them, they’re in a state of changeability. So, if you decide they don’t suit you, you have the capacity to reject them and replace them with ones more suited to making you happy.

The final part of doing better is to practise noticing the good in your world. What opportunities have been created by this crisis? Who’s stepping up to support you in it? What strength of character are you developing? Out of that, find ways to challenge your dark side, wipe the mud off your face and hold your head up high. Life’s pretty decent, all things considered.