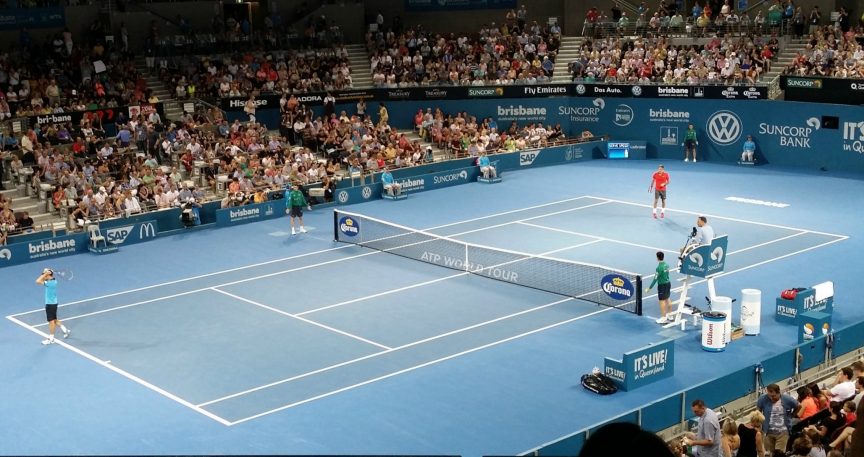 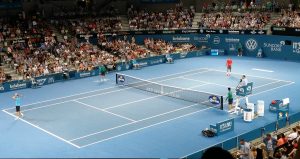 We went to the Brisbane International recently and saw two amazing tennis games. As luck would have it, we got to see the number 7 woman's player AND the men's number 2 on the one night. Aaah, Roger…he's so….dreamy. And he actually went on to win the championship.

But I don't want to talk about Roger, though I know many of us could. I was struck by the power of a good attitude and how it affects outcomes.

Both the players who took on the champions this night were relative nobodies. Kaia Kanepi is ranked 52 and John Millman 153. You know them well, right? Yet it was they who made the games great that evening, and it started with their mindsets. They weren't overwhelmed by better, more experienced competitors. They started with a determination to win if they could and, in fact, both won their respective first sets. When they lost it, they struggled until they refocused. They did not give up. They utilized the power of a good attitude.

Most of us live completely unaware of our underlying attitudes. They're not usually obvious til something big happens. Even if we have a dream, we mostly just get on with living it. We want to play tennis? We practise and build our skill. We play games against other people. Maybe we'll enter tournaments. We rarely check our attitudes.Yet they're crucial if we want to do well at anything.

Ability is important. These two could actually play tennis. They played their game hard, had some answers for the challenges put to them and were constantly readjusting their game. But none of that would have counted if they didn't arrive determined to give it their best shot and to not crumble under the first bit of pressure.

I really enjoyed watching their competitive games. I found myself barracking for them. I was filled with respect for the way they played. Even though they didn't win this time, I'm sure they will in the future. Watching them filled me with positive feelings and inspired me to chase my dreams and see what I can achieve. That's part of the power of a good attitude – it spreads beyond the individual and empowers others too.

Since coming home I've been watching my own attitudes as I take on each new task. Positive attitudes open my thinking up to a world of new possibilities. What can I do today, what positivity can I inject into my world? How can I do this well? What will the power of a good attitude do for me?

The tennis was good for more than just the games we saw. Do you live with the power of a good attitude?