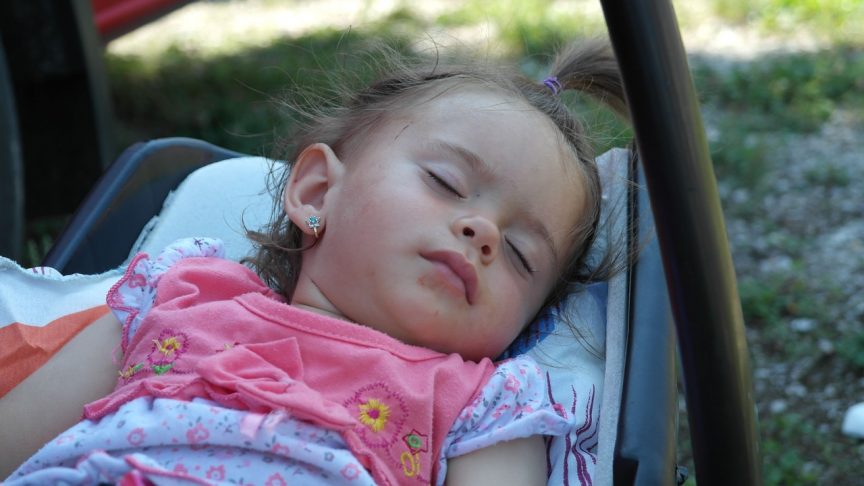 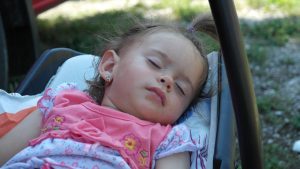 Last week I posted on five tweaks each of us might consider taking to resolve some craziness of the lives we're living. I called them tweaks rather than hacks, because it seems to me that a hack is rather more extreme and deliberate than a tweak, and small changes may be all we're up for. Nonetheless, I thought each of the ideas was worth considering further, so this week we're starting a series looking at each of those suggestions in a little more detail.The first tweak was to get enough sleep, so up this week are some sleep solutions for us all.

It's interesting that historically we mostly have positive word associations with sleep. We tell one another, "Sweet dreams," and "Good night," as we stumble off for our beauty sleep. We say we "slept like a baby," when we wake refreshed and ready to go and we hate 'nightmares' because they're bad. Yet many kids fight being put to sleep like crazy, and some of us adults are no better. Burning the candle at both ends is a reality as much as a saying for many of us.

Sleep is a necessary part of life – nobody can go long without it. The exact amount you need varies across age, individual and gender, but the least most of us ever need is 7-9 hours per night.  Sigh. That sounds like a dream to me. Yet if we don't get enough sleep, we start to accumulate a sleep debt. It's not like you can skimp on what you need and get away with it; eventually you have to pay it back. And in the meantime, your daytime living is the worse for being tired.

What does sleep, that seemingly inefficient time of doing nothing but rest achieve? Well, as it turns out, a lot. Whilst researchers continue to discover more, here are three key benefits of sleeping well we already know about:

All that living, exercising and doing which happens during the day uses energy and creates breakdown and waste at a cellular level. Whilst some repair can happen when you stop for a rest, a lot of it goes on when you sleep. We are physically restored and rejuvenated when we lie down. Muscles grow, tissue and cells repair, and hormones are synthesised best when you're asleep. Think about it: All those beauty creams go on your face at night because that's when they can do their best work!

2. You improve your brain

It seems odd that tuning out and sleeping could actually build your brain, but it's true. Scientists watching people's brains at sleep have noted that some areas of our brain seem to become more active whilst we get our Z's. Processing all the input of the day, sorting it and laying down memory is just some of what they think happens, though it's going to take decades to work the details out. But we already know; if you want to be clever, get enough sleep.

3. You function optimally during the day

According to some Australian research, five nights of even partial sleep deprivation will mean three drinks affect you like six ordinarily would. After 17 hours of being awake in a row, you function at the same decreased capacity that a blood alcohol reading of .05% would create. Don't like the sound of that? Get enough sleep. Then you'll give yourself the best chance of sailing through the day. Your reflexes will be faster, your thinking sharper and your ability to handle any bad feelings so much higher. Judgement, motivation, mood and learning are just some of the areas you'll perform better in with enough sleep under your belt.

That's all well and good, but what are some possible sleep solutions or tweaks we could make if we're, perhaps, um, not getting enough sleep right now? I'm so glad you asked:

Apparently, falling into bed at 9pm one evening and midnight the next confuses our body clocks. Going to bed within the same hour and rising the same way most of the time keeps our bodies on a better keel. I even find that limiting my sleep-in on weekends means I have better energy through the day (unless I'm paying off sleep debt, of course!). Perhaps you could try it next Saturday or Sunday and see what happens. Of course, going to bed a little earlier would probably help too…

2. Get yourself into a routine

Much like keeping close to the same hours, repeating similar behaviours on your way to bed sends signals to your brain to prepare for sleep. At least, that's what the experts suggest. I guess that's where warm glasses of milk, brushing teeth and bedtime stories come from. You don't have to keep childhood habits, but patterns which repeat are part of a good sleep solution even for grown ups. My routine includes stacking the last things into the dishwasher, saying goodnight to my husband (if he's not in bed already) and a final check on the kids. Nothing fun or interesting, but easy to repeat all the same. What's yours?

3. Ban the electronics for the last hour before bed

The light eminating from our electronic devices is very unnatural and has been proven to be detrimental to going to sleep easily. In fact, the current advice is to turn off our phones, computers, laptops, iPads and even TV's at least 60 minutes before trying to sleep. Limiting other stimulating activities is also suggested. I personally find this one very hard as I tend to want one last peek at my games, texts or emails, but I've noticed it makes a difference on the evenings I follow this suggestion. Right now I'm experimenting with a 15 minute electronic gap (when I do the routine above) and may try to push it out to 20, 25 and 30 minutes later in the year. What tweak could you try?

4. Leave the blue and green lights outside

I mean of your bedroom, not the house! A terrifying number of people, especially women and girls, take their devices to bed with them. Bad idea! Truly, you don't need to be woken when your girlfriend gets home from her date or if she can't sleep – that's taking friendship too far! And even having it switched to silent won't stop those flashes when messages come in. Those tiny luminous rays can be enough to disturb your sleep cycle even if you don't wake. A neural switch in your brain apparently triggers a decline in one of the sleep hormones within minutes. You pay for that flash of light with poor rest, which in turn creates lesser functioning for you tomorrow. Is it really worth it?

The same issue also extends to alarm clocks and our latest wrist-worn exercise monitors. I've been woken more than once by a random flashing caused by (I assume!) some sleepful banging. My latest sleep solution is to turn the clock light away from the bed to the wall. It's a pill, cos if I want to know the time in the night I have to get up, but on the other hand at least most of the time I sleep better. As an alternative tweak, leave your phone and any other device in another room to your bed for a week and see if things improve. Apply the same rule to your kids too. All our gadgets recharge in either our kitchen or study, and I think we benefit from that.

You probably knew a heap of the above, and that's fine. Having information is important, but even more so is building good attitudes and actions off that. Why not try actively tweaking your sleep habits this week, and see if they result in a better life for you in your days as well?