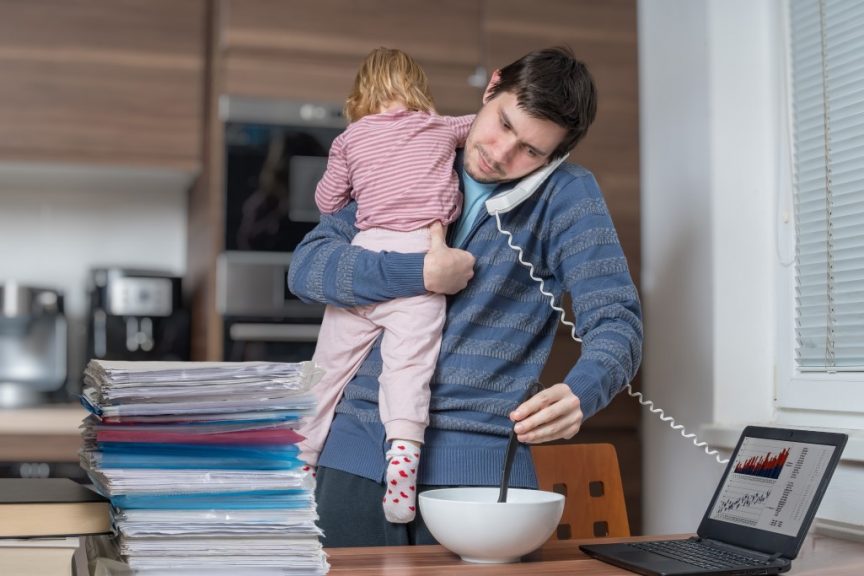 You know the feeling of being stressed out? Tense. Frustrated. Exhausted. You’re not alone. According to a Medibank survey released in December last year, 4.9 million of us Aussies fell into that category.

According to the most recent Australian Psychological Society data, 35% of us have significant levels of distress, 26% of us above normal levels of anxiety and 26% moderate or worse levels of depression. What a cheery thought.

If I asked you to guess which group of people are the most stressed out, who would you say? Would it be the Year 12 and uni students juggling study pressure, a rapidly changing world and social media pressures? Young professionals establishing their careers and buying their first home? Families dealing with children as well as work and mortgages? Or perhaps older people worrying about retirement, where the money’s going to come from or their health?

In truth, you can find people feeling the pressure in just about any walk of life. We’re all stressed sometimes, but if we can hold it to reasonable levels and not too many problems simultaneously we generally feel better. People with more parts of life threatening to go wrong are usually the most stressed.

Recent studies have claimed that our oldies are happiest and therefore presumably less stressed out – at least between retirement age and 79. Presumably this group has reasonably good health, generally enough time and money to do as they like, and less family pressure. Men aged between 45-59 rate lowest for happiness and life satisfaction, for the opposite reasons.

Perhaps it’s just that in different stages of life we’re stressed by different things? And while others may not think those things matter, if they do to you that counts!

Things that stress us out

In the Medibank study, people claimed that a lack of sleep combined with pressures at work and too many things to do was what pushed them into stress overload. Pressure from social media, housing affordability and even world politics also got reasonable mentions as stress triggers.

It’s often a combination of factors that tip us over the edge. If work’s tough but life at home’s generally ok, things don’t look so bad. But if you’re concerned about your finances, worried about keeping your job and watching your kids fall apart, things aren’t nearly as great.

New and unexpected events can also make us stressed out, even if they’re good. Whilst the idea of getting married appeals to many of us, the process of organising a wedding’s often fraught with tension, for example. Anything which threatens our ego also packs on the stress. Having to make decisions and worrying about making the wrong one (as I wrote about recently) can also make us feel miserable. Luckily, something can be done!

What can we do about stress?

If you’re feeling stressed out this week, knowing you’re not alone’s probably not going to help you much. You’re far more likely to be interested in what can be done to remove, or at least limit, the pressure you’re feeling. So, can anything be done?

Absolutely. Another way to look at that research data is to say that two thirds of us are not stressed out! What can we learn from the people who’re coping? Well, that’s what we’ve set up this month to consider. On this blog and in our training, we’re devoting this whole month not just to looking at the issue of stress, but also how we can Un.Stress.

First let’s look at some things not to do. Don’t withdraw from your support networks. Don’t hide at home smoking, drinking or surfing the net. Avoid sitting endlessly watching tv or movies. These things increase your risk factors for depression – you don’t want to go there!

Instead, try getting some sleep. Do something you enjoy (or used to!) and get outside. Even if it’s hard to do so and you don’t notice any immediate benefits. Depending on how stressed out you are, it may take a while for stress reversal to be felt.

There’s some starting ideas. If you’d like to explore how to Un.Stress more, come back next week – in fact, follow us all month. We’re going to consider stress from a whole range of angles, especially the ones that’ll help you unwind. Why not also join us on Facebook and Instagram? We’d love to hear your stories.

Looking forward to taking the journey with you.