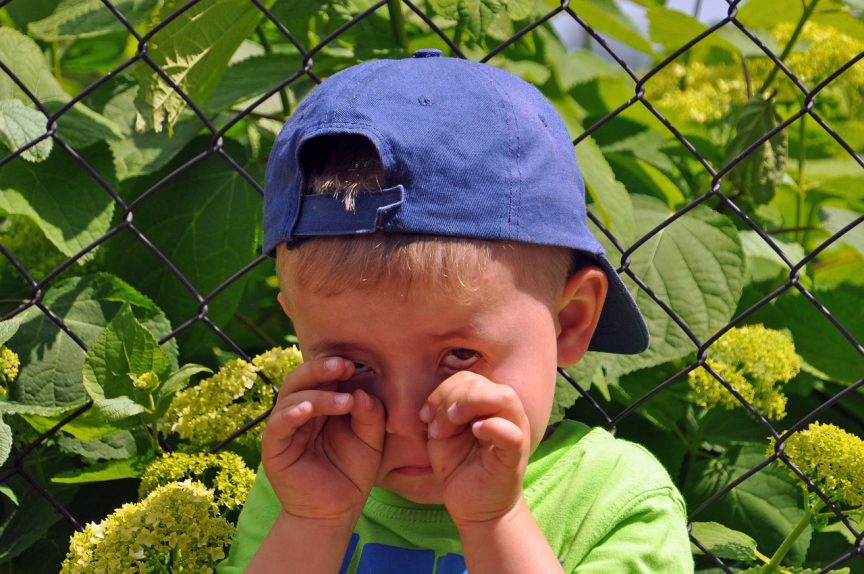 You know, I like to think there’s a bit of mother in us all. Recently as I sat in the hairdressers, two young boys aged perhaps four and two were brought in for a haircut. For the next good while, an entire salon was drawn into the unfolding drama of an uncooperative child. Although I heard his name mentioned quite a bit, I can’t recall it now, so let’s call him Gus.

The story began with a good minute of loud tantrum screaming as a mature (but motherless) hairdresser walked Mum and the boys through the salon. Gus was ignored, and left to bring himself to where his mummy stood talking. Ok, not a bad tactic. After a bit his yelling stopped. However, in my opinion, that’s when things fell apart.

Gus switched from mindless yelling to terrified crying. This persisted on and off for the next 25 minutes, whilst everyone in the salon attempted to get the child into the chair. His mother, the hairdresser, the salon owner, my hairdresser, the lady next to them and eventually his dad (who came in loaded with the bags and a baby) all took it in turns to try convincing him to give haircuts a go. His mummy made one attempt to explain what would happen; at another point the older brother was called upon to be the good example and dutifully had his hair cut first. Eventually Dad won the day with the bribe of a treat after the haircut – which of course turned into Gus eating biscuits hand over fist whilst the poor hairdresser did what she had to as quickly as possible, bobbing head and all.

Where did this go wrong?

It seems to me this was not a situation which went well. I was struck by the pleading. “Would you like to get in the chair?”, “Will you get your haircut now?”, “Wouldn’t you like your hair off your eyes?”  before eventually “Would you like a treat?” – which of course was the only one to get a positive affirmation. Who was driving things here?

I don’t mind a little boy interrupting my Saturday morning, and I’m not criticising the parents either.  It just seemed funny that right when I’m thinking about emotional intelligence (which includes knowing how to draw good out of others) I experience a situation where one little boy controlled a bunch of adults because they had no idea what to do. I knew the mother in us all was sweating, both from the atmosphere and the fact that all anyone could try was a whole bunch of questions.

How to do it better?

I sat there with my head covered in foils, wondering how this could have been done better and what difference it would have made. I wasn’t involved so am making assumptions, but here’s what I reckon:

First, I would have stopped and defined this as a problem. Not a situation and not a crisis; not even an embarrassment. Simply a problem, because problems can be solved. I think Gus was terrified – this is based on the sound of his cries. Fear and panic have a particular quality you can hear – most emotions do. It was an irrational cry, so it could just be that two year olds are not especially rational, but fear is also overwhelming.

What this means is that any attempt at logical reasoning isn’t likely to work until we’ve got those feelings down. That’s why endless questions were a waste of time. Maybe Gus’s never had a haircut and his mum’s warned him scissors can hurt you, and he’s applying that to himself. Perhaps he’s terrified of strangers – Mum could have warned him about them too!. Or maybe he just thinks once you cut someone’s hair off it’s short forever. Remember, Gus’s two and doesn’t know many things yet. Whatever his irrational fear is, you’ve got to find the source. Keep in mind he may not have joined the same dots you have. Take the lead and be the teacher.

Mother in us all, re-write the story…

Ok, let’s go. First of all, get close to Gus, emotionally and physically. Sometimes our negative emotions need someone else’s help to get past. Bend down, give Gus a hug, hold his hand, look into his eyes. (Don’t do all of these, just whichever suits!) Say something like,

“Gus, you seem to be really scared of something, would that be true?”  This helps him both name the feeling and validate its existence.

Now tell him how you’re going to deal with it. “It’s ok to be scared, but we don’t let feelings drive our life, so I’m going to help you with this.” At this stage if I thought I knew the cause of his terror I’d suggest it; otherwise I’d throw up a couple of suggestions.

“I’m wondering if you think the chair looks too big? No? I didn’t think so, you’re such a big boy now. Is it because you don’t know this lady?” Feed positive expectations of the child through your words. Keep going until you think you’ve identified the trigger OR the power of engaging with you rationally has tamed the negemos (negative emotions) a bit.

Next, use whatever motivational tools work to encourage change in Gus. Maybe he likes thinking he’s a big boy. Maybe being brave is big in your clan – or having a go at new things. He needs to understand the reward a change of behaviour will bring. Promise treats and external rewards cautiously. Stay close, express confidence in him and talk about what he’ll gain from this. Then, remaining in control, tell Gus its time for the haircut and you know he can do it.

Expect Gus to revert to panic (kids have little emotional control), but just say “Stop!” and quickly run through the script again. Once he sees you’re firm, odds are that the haircut will happen. .

Most mothers care about their kids and want good for them. When the mother in us all (for I’d argue most of us want good for others) knows how to help people become their best, we’ll all be better off. Not only will our hairdressing be calmer, but so will our homes, and – actually – our world.

Of course, some kids are hyper emotional You’ll have to train them out of that over the long haul, but don’t avoid it just because it’s hard. The Gus’s of the world will thank you eventually.

Happy Mothers Day to those of you who’re celebrating it this week. And thanks to everyone who ‘mothers’ with kindness and intelligence whether you have a child of your own or otherwise.