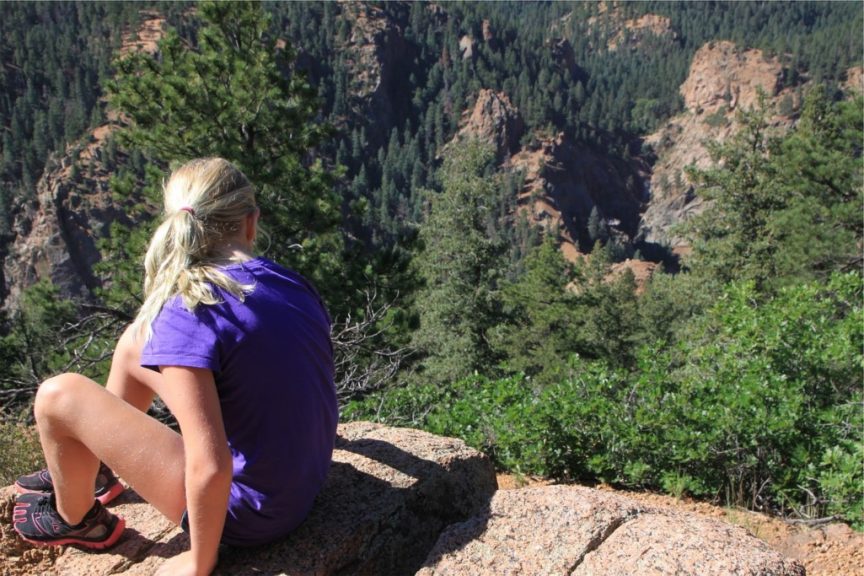 Last weekend a friend of mine told me she used to volunteer on the personal crisis phones at Lifeline. She stopped because she got sick of the same people with the same issues calling all the time. “They just wanted to complain and have someone give them sympathy for their poor choices,” she said. “They weren’t interested in changing at all.”

I’m not advocating her solution, and I think there’s an important role for emergency crisis lines. But I also get her point. It highlights some challenges in this area, and why we need conversations about why you should work on your mental health.

Happy in my rut

Too many of us fit into the category of people my friend found depressing. We have issues and we kind of know about them, but we’d rather whinge than change anything. Sometimes that’s because we’re unaware there’s an alternative way of thinking and operating. (I recall a friend’s Dad who, after being directed to take anger management classes, confessed he’d never known there were alternatives to hitting as an example.)

But often we stay in our rut because it’s easier to cry and feel sorry for ourselves than try a different approach. Like pigs in mud, we’d rather wallow round in our misery than climb out. It’s not helped by that fact that by adulthood, most people view learning as difficult and uncomfortable. Instead we go attention seeking and sympathy-raising for our problem to disguise the pain. It makes us feel better in the short term, rather like taking paracetamol.

Though just like a pain killer, it’s a short term solution.

Think I’m better than others do…

A second problem’s that people choose to believe their own mental health skills and attitudes really aren’t that bad. When they are. So, other people may think you’ve a problem with your anxiety or your stress management (or whatever), but you choose to play it down. Or even not see it. In other words, you’re blindly in denial.

This is a common occurrence, where “poor performers in many social and intellectual domains seem largely unaware of just how deficient their expertise is.” They happily and ignorantly think they’re pretty good whilst everyone else shakes their heads in exasperation. (It’s true. Google the Dunning-Kruger effect if you doubt me!)

This sometimes comes into play with parents of teens. The parent reckons they’re doing everything right and their kid’s the problem, whilst the youth could tell you 27 things Mum’s done poorly just this week.

We could get distracted here, and this phenomenon happens in a whole range of other contexts too. It’s pretty easy to paint ourselves in the hero’s colours and see everyone else as the villains or the unskilled. Unfortunately, when we do that we become unteachable. Rigid. Fixed. Hard to live with and hard to deal with. Is this possibly you? Ask a couple of people and find out.

Maybe we don’t want to know about our negative behaviours because it’s awkward. Or we’d rather think well of ourselves. But poor habits of thought make you miserable, and can have the same effect on others!

Why you should work on your mental health

Let’s turn our thinking round. Do you ever watch what you eat? Do a gym class, go for a walk or run or try to get fitter? Why do you do that? I’d hazard a guess it’s because you want to be in good physical health. (And, you might want to look good too!) After all, as the saying goes, ‘If you don’t look after your body, where are you going to live?’

Well, for the same reasons you should work on your mental health. The thoughts in your head – how you think and how you feel – determine everything else. This ranges from your behaviour to how you relate to how well you do in life. So why should you leave what happens in your head to chance, luck or someone else?

You learn better out of crisis

There’s a line of reasoning round which says to let things be, and only work on your mental health if you have a breakdown. That’s rather like deciding to wait til you have a heart attack before caring about your body! It’s much smarter to work on things before you hit problems!

Quite besides everything else, you’re more likely to learn stuff well when you’re not in crisis. And you’ll also get a chance to practise your new skills before it’s vital you can use them. You get a safer passage through the practice stage. The pressure of suddenly needing to handle massive stress – or lift your self-esteem up if it’s low – or counter disappointment – or whatever – makes successful change way more challenging.

Once you have those better mental health life skills in place, they’re easy to call on when you need them. Also, having them you might just avoid the crisis in the first place! Am I winning you over?

How can you work on your mental health?

In the same way as there’s many types of physical fitness, you’ll find there’s a variety of approaches to building a more positive mental health. Some people advocate one method – such as a spiritual or gratitude practice. Others suggest you see a psychologist or other trained counselor to deal with your specific issue.

In truth you can start in many places. None of them will give you the total solution but all of them should move you in the right direction. I’ll suggest a few simple ones in a moment, but just believe that – as with physical fitness – it’s possible to do the equivalent of getting very good at running and still have poor flexibility. I recommend addressing one thought or problem at a time but committing to improve across multiple areas over a few years. Have the attitude that you’re a lifelong improver of your mind and you’ll go a long way. A little over a longer time equals better mental health.

If you’re healthy in your body you look for more ways to be so – it’s the same concept here.

One of the most affirmed mental health exercises the world over’s a version of a gratitude practise. It’s applied everywhere from the US Army to recovering PTSD patients. At it’s most simple, you commit to noticing three good things about every day and write them down. People who do are more satisfied, optimistic, and report fewer medical issues. They have more energy and better sleep, to name just a few benefits.

You could also pick one area you sometimes find yourself struggling with and learn a little about the problem. There’s all kinds of information around on the web. Just make sure as you read or watch to ask if the information’s coming with an expectation you can resolve the issue. Because if it’s only asking you to wallow (constantly going over the negatives without ever attempting to move you beyond them) it’s not going to help. Here at LAIDI we strongly believe there’s hope for you. For example, last month we covered quite a lot about stress and how to manage it. You could jump back to that now if you like.

Another easy way to increase your ability would be to sign up for some training. Our sister site Head Set Go! offers an online 30 minute session (kind of the equivalent of reading a book or watching an educational show) on an aspect of the theme each month, and if you jump quickly when it’s released you can get it for 50% off! This month we’ll be releasing one called ‘The Art of Having A Good Day,’ for example. So keep your eyes peeled!

So, are you going to work on your mental health?

I hope I’ve convinced you this area of your life’s worth some of your time and energy. I’d love your support as we build a community of people moving ourselves slowly but steadily towards better health. As we do, we’ll positively influence the world around us too. What do you think? I’d love to hear your comments. And which areas you’re most interested in.

Have a good week.